ActEd Online is a Virtual Training Facility for both aspiring and experienced actors in film + television.

Created by Dean Armstrong, owner, founder, and director of Armstrong Acting Studios, ActEd Online Part One: The On-Camera Audition is an invaluable supplement + complement to in class training, career advancement, and a platform for discovery.

Complete program exercises + assignments, then submit your self-taped video showcase to bring your work to Dean. Receive personalized one-on-one feedback and direction on your next steps in the industry with one of our ActEd Resident Coaches. Top selects from the completed program will be flown to LA and trained by Dean.

Dean is an actor and coach for performers in film + television. Some of his clients include Nina Dobrev (Vampire Diaries), Perry Mattfled (Shameless, In The Dark), Miley Cyrus (Hannah Montana), Devon Bostick (The 100), Kaitlyn Leeb (Shadowhunters), Marshall Williams (Glee), Kevin O’Leary (Shark Tank), Jacqueline MacInnes Wood (The Bold and the Beautiful) and Daytime Emmy winner, Brittany Allen (All My Children).

Founder of Armstrong Acting Studios (1997), Dean maintains an active commitment to the support and development of aspiring and established talent across North America with studios and services in Toronto, Los Angeles and New York.

Dean also serves as a screen test advisor, pre-production and on-set acting coach for various networks and feature film production companies including HBO, SHOWTIME, HULU, NBC, DISNEY, BET, SHAFTESBURY, DISCOVERY, PARAMOUNT, and ALLIANCE ATLANTIS.  Dean’s collaboration, in this capacity, has not only influenced the critical acclaim of many stars, but his direction has also served as the basis for casting and the subsequent development of national and international talent.

WHAT PEOPLE SAY ABOUT DEAN 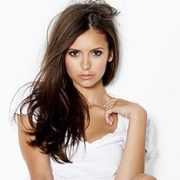 "Dean helped prepare me for the industry in every aspect and through every step of the way: from finding an agent to auditioning to being on set. I learned the fundamentals of scene work (making strong choices, analyzing and breaking down characters, etc.) and how to practice them on a regular basis. I have benefited from his insight and advice. I believe that training is essential and there is so much to learn - Dean produces great actors!" 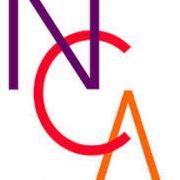 "Dean is one of the most important acting instructors working in North America today. His unique and transformative technique has catapulted strong actors and singers into leading players in Film + Television. Two of my young and inexperienced clients booked series leads as a direct result of working privately with Dean during the audition, callback and screen-testing process. Whenever a client has an important audition, I send them to him as he has the highest ratio of coachings to bookings. "

The Bold and the Beautiful

"As an actor, Dean is so enriching to work with. He is generous with his knowledge and has a great ability to find the right nuances and techniques for each audition."

"After my first coaching session with Dean, not only did I book the job (Series Regular, The Best Years), but I immediately felt he had opened my eyes to a whole new way of approaching an audition. Dean gave me the tools to take risks and trust my instincts in the audition room."

The Art of More

"After my very first session with Dean, I understood immediately that he is a very special and incredibly gifted teacher. Dean helped me understand exactly what I needed to do in order to bring these words to life, to accurately portray the character and tell an interesting story. I highly recommend Dean to any actor, whether classically trained or just starting out in the industry."

Degrassi : The Next Generation

"Dean’s ability to quickly diagnose the strengths and weaknesses of every actor and creatively, tactfully adjust their performance while taking advantage of their unique charms, speaks volumes to the caliber of coach Dean is. Above all else though, Dean is a fellow actor who loves the work and the craft and gives selflessly of himself to help aspiring young actors."

"Working with Dean has brought my acting to a whole new level! He encourages me to read between the lines on the page and to create unique, multi-faceted characters that are interesting to watch and fun to play. Ever since I started working with Dean, my career has shifted in a very positive direction. He has deeply influenced my approach to acting and I am grateful for his constant support and for everything he continues to teach me."

The Young & the Restless

"After just a few months working with Dean, I landed not only one but two series regular roles and a lead in a feature. AAS has given me many things: guidance, inspiration, concrete techniques and, above all, a new found confidence in my own abilities. Dean is one of the most passionate and inspiring teachers I have ever encountered. It was his dedication and belief in me that has made me the actor that I am today."

(The Bold and The Beautiful, Final Destination 5)

(The Art of More, Bad Santa)

(All My Children, Saw: Legacy)

(Degrassi: The Next Generation, Full Out, Kiss and Cry)

(Once Upon a Time, Heroes Reborn)

(Degrassi: The Next Generation, Open Heart)

(Degrassi: The Next Generation, Solo)

(Degrassi: The Next Generation, Chop Shop)

(RoboCop, Against the Wild 2: Survive the Serengeti)

(Hemlock Grove, Degrassi: The Next Generation,
The Young and Prodigious T.S. Spivet)

(Degrassi: Next Class, Degrassi: The Next Generations)

For a limited time glacéau vitaminwater ® wants to help artists think, drink and do what they want most, and is proud to help power ActEd Online for emerging actors everywhere, making the program more accessible and easy to try.